Tmux has the super power to run your terminal in splitted windows (tmux panes).

It provides sub-commands to enable scripting. For instance, I would like to launch 4 commands with 4 different panes.

This can also be useful when orchestrating SSH sessions across different hosts, or creating multiple SSH tunnels at a time (don't ask me why I'm doing this).


I own a Sony TV which has a nice Chromecast built-in feature. So far I've been using VLC's Chromecast renderer for playing the videos.

Today I took a look at ranger file manager custom commands and wrote a shortcut for it. Just to save my life to avoid a few clickings every time I watch anime.

Recently I've been using Google Compute Engine to move some personal data (several TB) from one Google Drive account to another. This post is my experience for moving more than 10TB data.

The rough monthly cost I paid to Google: $75/mo.

Yes, I inserted a 1TB drive for temporary storage so I can move stuff in bulk.

The cool thing is that Google doesn't charge for the egress traffic data from/to Google Drive, which actually saves a lot of money. Saying you got 10TB data to move, according to Google's Internet egress rates, that would be $0.12 * 10 * 1024 = $1228.8 for only the traffic. 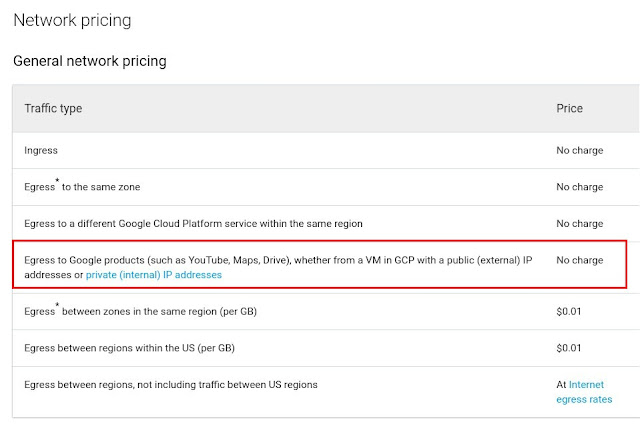 I used the Go-written tool called skicka to move my stuff, that I've been using for downloading/uploading files to my Google Drive for a long time.

By default, skicka saves its metadata at ~/.skicka.metadata.cache  and ~/.skicka.tokencache.json, but it's also easy to use a different set of metadata when you have multiple accounts:

I used the commands above to move the files in different pre-organized directories, each has around 500~800GB stuff.

The reason why I'm glad to pay more money for the N1 instance was because of the egress traffic throughput caps. Basically each vCPU has a 2 Gbps egress cap, the more vCPUs you have, the faster the speed would be (up to 16 Gbps). Shared vCPU instances (such as f1-micro or g1-small) are counted as 0.5 vCPU so the egress cap is 1Gbps. This really matters when you have over 10TB data to move around.


My ISP plan has 250Mbps Down / 25Mbps Up. Using Google Compute Engine as the tmp storage just saved lots of time and also avoided the freaking data usage cap enforced by my ISP.

It actually took me several months to move all my data from one Google Drive account to the other (because I was so busy). I really wish I could invest one weekend to write some automation scripts to grab stuff from/to Google Drive but unfortunately I didn't. The total cost ended up to $75*N months but in which I applied some portion of my $300 credits to it, so it turned out not really a bad deal.
at Wednesday, February 14, 2018 No comments:

Some random notes for stuff. Have fun!

Running a service when your ISP doesn't like you

We are running out of IPv4.

It is more common that ISPs won't give you a public IP nowadays. Especially if you live in an apartment, they only give you a DHCP port usually. This is a bit inconvenient (or annoying?) for people who want to run services, which requires a public IP.

1. Rent a VPN on DigitalOcean ($10/mo)
2. Connect my desktop with my VPN
3. Run the server on my desktop
4. Forward traffic from my VPN to my desktop

The issue here is that OpenVPN will take over the entire interface (all the traffic will route through the tun0 device). My solution to that is jailing OpenVPN under a Linux network namespace.

With the help of this script, I can just simply use iptables to perform a port forwarding on my VPS's public interface to the private IP of my desktop.

The overview of the design would be like this:

awesomeWM v4.0 release came out last Christmas, I spent some time to migrate my rc.lua to v4.0. Tones of features are changed.


Here are the main changes to my personal rc.lua:

- awful.screen added new method to iterate all screens
- only go over all screens once via the main awful.screen.connect_for_each_screen() loop
- all for s = 1, screen.count() loops are removed

- hotkey popups : [Mod4+s] gives you the hotkeys help of awesome and vim
- awful.key takes a table for the descriptions
- some vim keys are predefined in awesome-git/lib/awful/hotkeys_popup/keys/vim.lua

- New wallpaper setup: the helper function set_wallpaper will check if beautiful.wallpaper is a function, if so, run it, otherwise, setup with gears.

-awful.util.pread is removed, use io.popen instead
- Caution: this is not recommended in awesome, but I only use them for tooltips and timer updates.
- there's a new awful.spawn.easy_async for other purposes, check awesome-git/lib/awful/spawn.lua as a reference.

- titlebars are enabled for all normal clients and dialogs by default in v4.0
- I hide the titlebar by default but add [Mod4+Shift+t] to toggle it

- use double quotes ("") for most of the strings

Recently, my friend +Ronmi Ren and +Jeremy Chang created a new site for idea sharing (would be in Chinese mostly, sorry) and invited me as an article writer. I would be kind of starting sharing my thoughts from work experience articles there and keep more detailed technique stuff or personal thoughts in this blog.

This is one of my recent post there, feedbacks are welcome. :)

The name of this new site if from a inner joke on PTT, 公道價八萬一, we hope that every developer can make more money away from the current low paid level.

Email ThisBlogThis!Share to TwitterShare to FacebookShare to Pinterest
Labels: think